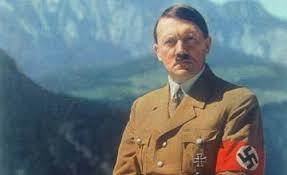 According to my experience and knowledge, all over the world there are more great people then bad people. To me there are no terrorists in the world. I am saying this, because no matter what anyone does, they should be considered as people. Great people are usually giving up, because of their differences and they become selfish and leave it up to others. They consider that as if it isn’t there job, and it is the job of the government. An average person feels like they are nobody and they cannot do anything to stop discrimination and to distance from one another. They focus towards themselves and their families. They feel like they are responsible for their jobs, their homes, their kid’s education, and everything else. It is embarrassing for us that we do not learn from bad people.

Bad people have one thing in common, that they always work together and support each other, they intend to scare us. They have differences and they resolve their problems no matter how against they are towards one another. They always plan to control great people by hurting them. They do it at different times and places because they are looking for good peoples weaknesses. In Pakistan, Quetta, the people are Muslim and I believe the people that bombed them were also Muslim. What I am trying to say is, terrorism has no religion. They can do anything with anyone.

Unfortunately America is a special country, so many bad people are jealous of America. Many other countries wish to over power and they could be trying to get involved in our country to put people in danger. We need to show the world that we are not divided, and we are just Americans. We stand as one nation, and having strong weapons doesn’t matter. Having a strong relationship between one another makes us stronger. Since I was born, I haven’t seen anyone being named as a bad person. Adolf Hitler was a terrible person and no one named their child after him. Usually great people die, but their love and memories are always with us like J.F.K. I want to live in this world forever by uniting America and every single person in America, as one nation. I feel as if I did that, my name would live on forever.