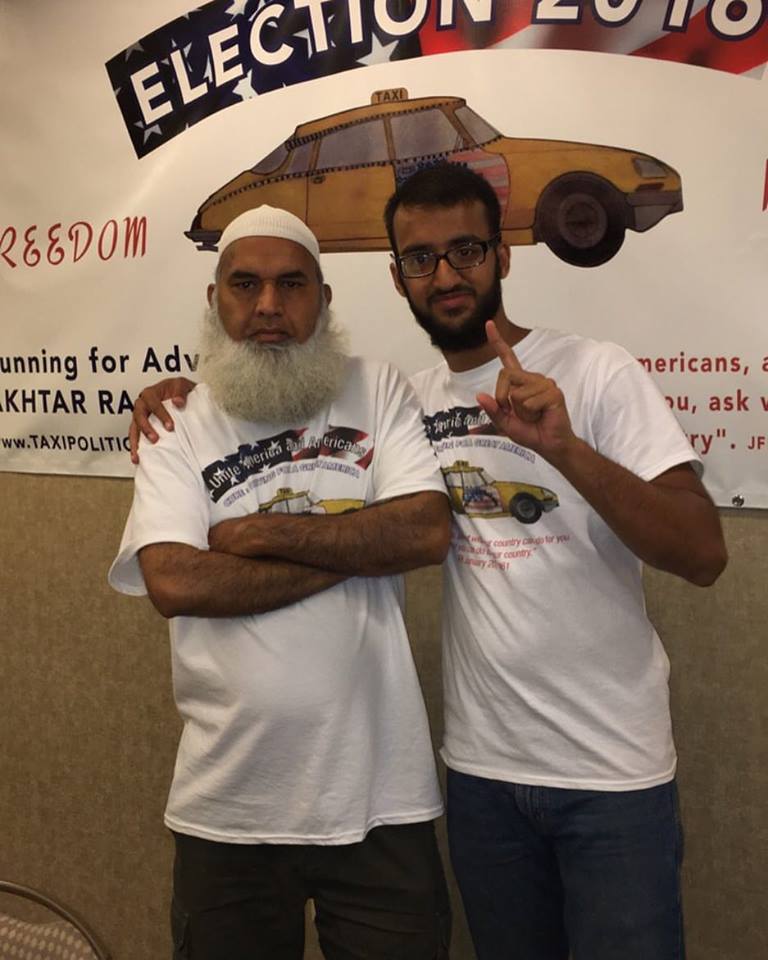 My Fellow  Americans, some of you think that 9/11 is over and some others think that 9/11 has never happened. Hundreds and Thousands of people go through 9/11 and nobody knows about it. Let me tell you why I’m sharing this information with you what is the reason to establish Taxi Politician Independent Organization. Prior to 9/11, life was excellent in America for the Minority community and it was easy to get help with lawyers, county offices, and government offices. I purchased my first home in Manassas. My realtor had discriminated me and I was able take him to court and that time I got help because people didn’t see Muslim in me but they saw a person in need and they help me and I recovered the damages. I’m always a people person. People get along with me and I get along with them. Before 9/11, people respected very much. American people use to see Santa in me because of my beard. Since 9/11, I lost my great title and they start looking at me as Osama Bin Laden. Since I was born, I remember very well I haven’t harmed any human or animal because I believe Love never dies. Our former president, George W. Bush, when America was attacked on 9/11, he should have brought everyone as one but he failed to do that. Instead of establishing America, his administration was telling America that Iraq is making chemical weapons which

Since I was born, I remember very well I haven’t harmed any human or animal because I believe Love never dies. Our former president, George W. Bush, when America was attacked on 9/11, he should have brought everyone as one but he failed to do that. Instead of establishing America, his administration was telling America that Iraq is making chemical weapons which was all wrong. That’s why, we were going through worst time of American History since The Great Depression. He was supposed to take care of America and Americans, he started running behind Muslims and calling them terrorist. He brought hatred to America and he insulted America all over the world because he mislead America and Whole World that he had to go to war. He harmed America and he caused many deaths of innocent lives in Iraq and Afghanistan. 9/11 ripped my life apart. While I was driving

While I was driving taxi, passengers would pulled my beard and told me to get the hell out of America. Some passenger refused to pay me because they thought I was Osama Bin Laden. My son was in elementary school, kids refused to play with him because of his name: Mohammad. They didn’t want to play with a terrorist. If I weren’t a religious person and did not have political knowledge, I wouldn’t have able to control myself and family. Let me make it short, I have been having all types of difficulties due to 9/11. Since I am working everyday with American people, I have noticed great change of American people with a minded attitude due to media and I don’t blame them what people for what they see or believe. I don’t believe that I have to change my lifestyle but I love to change people because my spirit that I can change people and people have a nature to change from time. This is the only reason, I have been paying very close attention to unite American people. It is very hard task, so many people think that I can’t do it alone but I’m not alone. My Allah is there with me and don’t get personal, I am Muslim and I believe in Allah. I would like to mention that because America gives freedom of religion. Every single American that I spoke with they do agree that is a great idea. Some of you are with me and Some may not be with me. It doesn’t matter, I will show what America trained me for and what American educated me for. I am surprised American people have forgotten about their lesson that they taught me. When I came here, it was to find Americans these day it’s hard to find because we are divided into different types of group of people. That’s why I’m planning to bring American people out of sleep to remind them why America is so special. America is a country stands for people only. So I request every American to come and join me to unite America again and show the world that we are united nation.