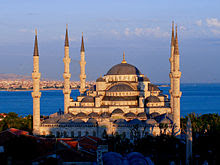 My fellow Americans, I am a Muslim American. During the election of 2016, Muslim people were nervous about Donald Trump running for president. I was campaigning to unite Americans, and I went to the Mosque to meet a committee member to gain Muslim support. They didn’t allow me to announce my agenda there, and they told me they’re (501) C3. They told me, they didn’t support political candidates in their Mosque. I am Taxi Politician and I didn’t receive any support.

John Carrey was also at the Mosque asking for support for Hillary and they helped him. Since Muslim people decided not to support me, I started going to churches to get involved with pastors and church members. When I went to church, I felt as if we were all divided also in the House of God. I live in Ashburn VA, and that church was also in Ashburn. When I went there, there were only 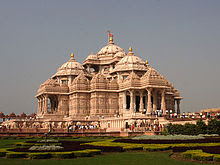 black people. Since I am so enthusiastic, I went to Temple and Gurdwara and they also did not want to get involved with me because I was Muslim.

People who are trying to divide us, get their job done. Religious Leaders who are supposed to unite one another and stand up for

what they believe in, do not try hard enough to get their point across. Our religions doesn’t separate us from one another, we have to show each other our kindness and to bring room in our hearts no matter what we look like and who we are. I request every American to wake up and stand for what America stands for which love, religion, and freedom.