My fellow Americans, there are so many people to bring distance into our life and country. People used to think that life is more important then money because we can replace money, but we cannot replace lives. I feel that corrupted politicians have more concern for money then they have for life. Having difference is very good for the people, but not working together is a bad idea. Bad group of people standing and doing a great job to deliver their ideas even though they have differences between them. Any time they have dispute about their opinions and ideas, they always unite with them and hurting great people. Unfortunately great people give up and separate themselves from each other. That is why having so many great people in the world, bad people still control good people. It is disturbing me that America is not America’s country only, the whole world is following America. American politicians were working together in the past. Lately every election year, division is going up because people who believe in love and love is the cure to get rid of problems. 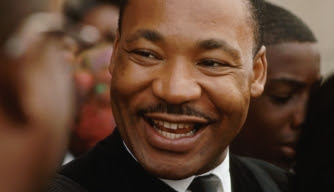 Great politicians aren’t standing to show the world, and having a great relationship makes us stronger then having great weapons. If we had strong weapons and we built walls between us about color and gender, no one would have to hurt us and we could be hurting each other like we are right now in America. America used to stand for three great principles, love, religion, and freedom. Now it seems as if America stands for parties. Those parties aren’t able to destroy the walls between them, but they bring different type of walls and problem between American people. I will educate people and how I will advocate to become a great love distributor because I am a social person.

I believe in killing the crime, and I don’t believe in killing the criminal. When we love criminals and give them opportunity, they may change because people have nature and tend to change at times. Since I started doing my taxi politician, many people have told me the world is changing. I don’t adopt to this because the world never changed, people do. I have an ability to change people’s mind and attitude because I don’t want to change myself, but I will change people with my love and actions. I will show the world that I would rather take the path where I have to show the world that millions of wrong people cannot correct the problem, but a single person following the principal can correct the problem by spreading love. Love has no price and love never dies. I would like to remind every American what John F. Kennedy said, “ask not what your country can do for you, ask what you can do for your country.” That is why I am starting my politics to unite America. I need support from every American I can get. Please support me to unite America and show the world that America is a special country and America loves all kinds of people.