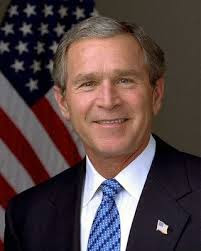 My fellow Americans, I love two fields in my life. Religion and politics. I believe that politics is not bad, since I was a high school student in Pakistan I have been following religion and politics closely. Politics does not bring distance between people, unfortunately politicians do that. Politicians are supposed to be working for public community, but people all over the world put themselves into the politician’s shoe. Our politicians think that they are above people, to me we hire politicians to do work for us. Lately, people hand everything over to our political leaders and we underestimate ourselves that we are no body. That is why, I believe that political offices are supposed to be uniting people.  Instead a different politician comes up with different ideas to become a politician, because people are buying negative ideas and themes. Every single politician I have seen so far wants to make themselves look great no matter how the country looks like, and it doesn’t matter to them on what people go through. Usually corrupted politicians, love to generate easy and quick money.

In old days, politicians were running for country and respect and safety for the people. In the past, I have seen that politicians were careless about money and very careful about human lives. In today’s world discrimination distributors are trying to sell human life over money. The first leader in my life I saw was the seller of Pakistan peace, Altaf Hussain and he distributed hate to the people of Pakistan and spoken language, he came into politics as a MQM (Muhajir Quami Moment) Approximately 30 years ago he started this party in Pakistan. Since, he started this party, Pakistan was having a civil war and were killing each other. It seemed as if Pakistan was no longer a country anymore. When he started this party he promised Urdu speaking people that he will make Karachi a great place. Instead of doing what he said, it was the land of blood and war. He was a discriminating distributor. So many people think that drug dealers are enemy of our communities and people want to control drug dealers. Many people aren’t dying of drugs, but discrimination. When I came to America, it was a very friendly country and people were friendly to each other. Lately people are complaining that the world is changing, but I disagree that the world is not changing. Let me tell you that humans have a gene in them that they are changing because of our media , and it is brain washing our people. People have the habit of believing what they see. Every politician in America tries to do a negative campaigning and show people that they are tough by dividing us with negative attitudes. America has the freedom of speech that doesn’t mean that we have to insult mother Earth. America has so many great policies and regulations that other countries don’t. That is the reason I am trying to Unite America to show American people that we can do campaigning to show respect to the country and to bring every person together no matter what we believe in. Since 9/11, it seems as if President George Bush bought hatred to America against minority and he was also a discrimination  distributor.