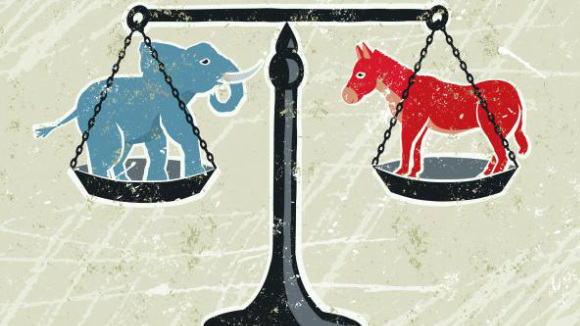 Fellow Americans, this is your Taxi Politician, Akhtar Raqeeb. I have been here in America since December 1988. I haven’t seen any election in my entire life in Pakistan or America. It seems like America people are divided more than ever since 9/11. Unfortunately, American people think that Muslim people don’t like Americans. I know there are some bad Muslims, but there are bad people all over the world. This election year, I have seen riots in Baltimore, and there were no terrorists’ activities. The people who got killed were Americans; the people who killed were Americans. Lately, we are shooting each other because bad people are selling discrimination, and our media is marketing discrimination. American people are adapting to discrimination.

I drive people everyday, and I speak to so many people. It seems like people who live on American soil are hopeless that we will not be able to unite ourselves and, to me, everything is possible. I call us to follow America’s principles and pay attention towards the value of people no matter who we are or what we look like. America is a special country because America stands for three reasons: people, people, people. What I mean by that is people believe in religion or don’t, people want love and believe in love, people want freedom of life… this is the only country that believes in peaceful life. For this reason, I am running for public advocate to unite everyone who lives on American soil, and I appeal to every single Christian, Muslim, Hindu, Buddhist, etc because of my open heart. I encourage everyone to get involved with one another, to unite together. I also request for political candidates to encourage people to respect each other, love each other, and relay the message that no one is above anyone. Everyone is equal; it is important to respect each other in the way you want to be respected. It is a hard task, but it can be done if you try hard enough. I have many things to say, but I am running out of time. Election year is almost over; I wish I had more time, but sometimes it’s better than nothing. Please join our campaign and support us to show the world that America is still a great country. God bless America and God may bless every single American. Pray for me and Americans. Thank you.